Any chat about life, TV, film, sport, nonsense and anything else.

I noticed that a BFI print of the film "Privilege" was released on DVD at the end of January, at long last. £11 via the usual online retailers. You can watch the trailer on the Play website.

I remember seeing this on Channel 4 in about 1987. I don't think it's been shown much since, if at all. I thought it was a bit ropey then! 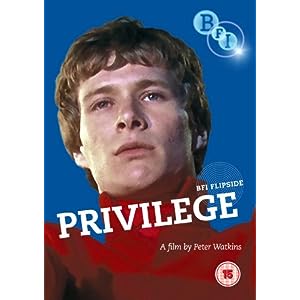 bought this just after xmas.Not as good as i was expecting but still a good film i think.
lots of love
stephen shotter
"trawling the net so you don't have to"

Return to “Off Topic”